Rhinoplasty can be an intimidating venture, with the expectation of pain and a long recovery period. However, three patients that came to Dr Roth with various cosmetic and functional concerns found the procedure offered more value than discomfort. In fact, once the healing process was completed, these patients found their quality of life to be […]

Caudal Septal Deviation: What it is and How to Treat It

Rhinoplasty or nose surgery is often considered for its cosmetic benefits. However, rhinoplasty in the hands of an experienced surgeon can also bring functional improvement even while enhancing appearance. In a single surgery, you can bring your nose into better proportion with the rest of your facial profile while allowing for easier breathing and relief […]

Many patients try to avoid nose surgery, even if the procedure is necessary to improve breathing and nasal function. The reason behind this avoidance? Often it is the horror stories patients have heard about the discomfort associated with postoperative nasal packing, the practice of placing cotton or gauze inside the nasal passages to prevent bleeding […]

5 Reasons to Work with a Personal Trainer

As an experienced Ironman competitor as well as a popular surgeon, Dr. Roth is committed to competition as a part of his healthy lifestyle. His most recent accomplishment was the Ironman 70.3 Western Sydney Event in November, which consisted of more than 70 miles of breathtaking views through the Blue Mountains and around the Penrith […]

Injuries of all kinds plague athletes, but facial injuries are often the most visible and consequently, difficult to treat. These injuries require the expertise of a physician that understands the importance of preserving function as well as appearance. While all sports carry some risk of injury, the Australian Institute of Health and Welfare (AIHW) has […]

Why Allergy Testing is the Best Option

Allergies can become a frustrating, uncomfortable condition that directly impacts a patient’s quality of life. Identification of the allergens is the first step in getting a patient on the road to better health and symptom-free days. Fortunately, allergy testing has come a long way in recent years, allowing us to pinpoint the causes of allergies […]

Does your child snore? This could be a big problem 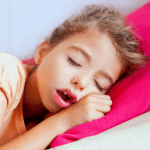