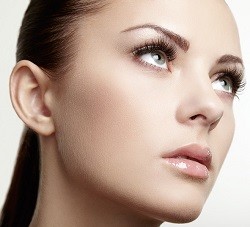 A rhytidectomy, also known as a facelift, is one of the most common cosmetic procedures performed to enhance the look of the neck and face area. Typically, rhytidectomy procedures, such as plication or SMAS (Superficial Musculoaponeurotic System) imbrication go a long way in making changes to the lower face and the neck by eliminating the signs of aging, such as wrinkles and jowls.

There are very few procedures that address the aesthetic problems that take hold in the midface area. The deep plane facelift is one of them.

In patients requiring a deep plane facelift, the procedure can be carried out safely, with a focus on delivering the utmost satisfaction. The surgeon will work towards delivering a highly satisfactory appearance in terms of aesthetics. He will make sure the results are natural, with minimal evidence of a procedure having been done.

A deep plane facelift is carried out in the operating room with the patient being put under an anesthetic to help ease any discomfort that will occur during the surgical process. The type of anesthesia will be determined by the doctor after assessing the patient’s medical history and having a discussion about any underlying health problems.

The incisions for the surgery are made in the hairline and around the ears, which makes them barely noticeable after the procedure. The process involves lifting the jowls, the cheeks, and neck tissues and repositioning them in such a way as to create a more youthful appearance. The lifted tissues are then held in their new position with the help of sutures.

Any excess skin at the incision sites are removed and once the necessary corrections are made, the incisions will then be closed. At the end of the procedure, the patient’s face is wrapped in dressings in order to keep everything secure. This helps keep the bruising and swelling to a bare minimum.

The deep plane facelift is an outpatient procedure, which means patients can return home the same day and start the recovery process.

Recovering From a Deep-Plane Facelift

Patients are required to meet their doctor the very next day after the surgery to have the dressings removed. After the dressing is removed, a soft wrap is provided to keep the sutures in place. The sutures are usually removed around ten days later.

To improve and speed up the healing process, doctors may prescribe some nutritional supplements and medication a week before the procedure and for two weeks after the procedure. The dosage instructions are handed out along with the pre-operative packet.

The deep-plane facelift is the perfect solution for anyone who wants to rejuvenate their facial appearance and get rid of the early signs of aging that have taken hold on their face. If you’re interested in learning more about the surgery, contact Dr. Jason Roth to schedule your consultation today!