The droopy nasal tip, Dr Roth explains how it is fixed

A droopy nasal tip, what is it?

A droopy nasal tip is when the tip of the nose points downwards instead of pointing forwards or being slightly elevated. It is most common when the aging process begins as the nasal tip supports becomes weaker and the nose seems to “grow”. An old saying is that “the nose never stops growing” and the droopy tip is a manifestation of this.

A droopy tip can also develop after trauma. Any blow that damages the delicate supports joining the nasal tip cartilages to the underlying framework of the nose can lead to loss of support. The tip can then gradually drop with time.

Everybody’s nasal tip sits at different angles relative to the face. In some ethnic groups the nose naturally sits lower than others. Individuals from Mediterranean countries are often more genetically likely to have a droopy nasal tip compared to other parts of Europe. 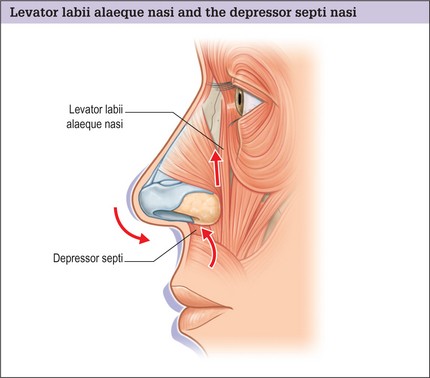 How do you fix a droopy nasal tip?

A rhinoplasty procedure is required to reposition and strengthen a droopy nasal tip. This often involves dividing the depressor septi muscle then anchoring the nasal tip cartilages to firm support higher up in the nose. 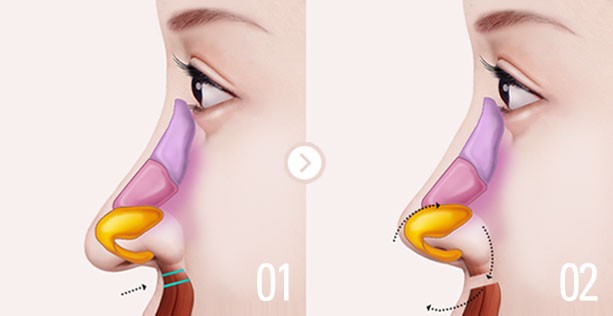 One of the firmest nasal supports is the nasal septum. Once this is straight it can provide probably the best anchor upon which to reposition a nasal tip. Sutures can be used to attach the the end of the septum to the nasal tip cartilages. The new position of the tip can be determined before surgery and usually the surgeon can achieve a position fairly close to this goal. Sometimes the septum is too floppy and additional grafts may need to be added such as a spreader graft or caudal septal extension graft. These grafts may need to be carved from rib cartilage in some cases.

Males tend to have nasal tips that sit at 90 degrees to the face. Female tips typically look best when rotated a little more upwards. Care must be taken when treating a droopy tip not to rotate the tip too far upwards. This can make the nose look too feminine or reveal too much nostril when looking from in front.

Are there any risks in fixing a droopy nasal tip?

The risks in fixing a droopy nasal tip include all the standard rhinoplasty risks including bleeding, infection and scarring. Specific to this type of rhinoplasty is the risk of tip movement. Once the tip is fixed to the septum any movement in the septum with time from trauma or ageing will move the tip. The tip may also feel a little more stiff after this type of rhinoplasty as it now has more support holding it in place. There is also a risk that if the ligaments that hold the tip in place continue to weaken that it may droop a little more over the years.

Fixing a droopy nasal tip is one of the commonest cosmetic rhinoplasty goals after removing a hump and making the tip less bulbous. The techniques are well established and the outcomes are generally predictable and consistent. Be sure to choose an experienced rhinoplasty surgeon to ensure that your results are optimum and long-lasting.