reduction
A common reason for patients to request a rhinoplasty is to remove a hump from the top of their nose. Humps tend to be genetic and are more common in some ethnic groups. During rhinoplasty, when tissue is removed to improve the view of the nose from the side it also changes the view from in front.

What makes up the hump on my nose? 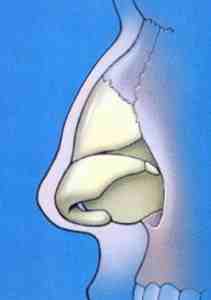 A hump can be made of bone, cartilage or both (most common). During a rhinoplasty the excess tissue is removed in different ways depending on whether it is cartilage or bone.

During rhinoplasty, how much of the hump should I have removed?

This is a very important question in rhinoplasty. People often have very different opinions regarding how they would like their nose to look after rhinoplasty. It is important to decide if you would like a nose that retains a small amount of hump (to maintain an ethnic or family feature), is completely straight or dips slightly. Generally we always avoid making the nose look unnatural by creating a “scoopy” or “ski-jump” nose, unless patients definitely request that.

Before your rhinoplasty you should have a detailed discussion with your surgeon about how you would like your nose to look on side view. This can usually be done through image morphing or a simple sketch.

I have thick skin, how does this effect hump reduction rhinoplasty?

In patients who have thick skin, it is often more challenging in rhinoplasty to create large changes in appearance. When the cartilage and bone are trimmed down sometimes the skin does not shrink down around the new nose. There are some rhinoplasty tricks to try and encourage this to occur. 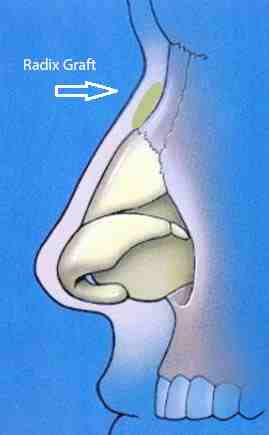 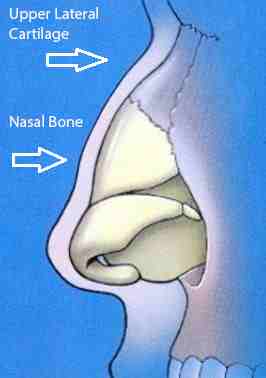 A pseudo-hump the appearance of a hump on the nose caused by a deeply set radix. The radix is groove at the first part of the nose right where the forehead ends and the nose starts

Sometimes the nose looks better in rhinoplasty if we actually add tissue to the radix area rather than removing the hump lower down. This is particularly the case in male rhinoplasty where sometimes a nose can look feminine if it is made too small.

Will my breathing change after dorsal hump reduction rhinoplasty?

After medium and large hump reduction rhinoplasty it is generally necessary to perform a procedure called “osetotomies” to narrow the nose. This is necessary to prevent the nose looking to wide when looking from in front. When we narrow the nose there is always the possibility of reducing airflow.

An Ear, Nose and Throat specialist can perform a turbinoplasty procedure which can greatly increase airflow to prevent a blocked nose. Other rhinoplasty grafts may also be useful such as a spreader grafts, lateral crural strut grafts or alar batten grafts.

What are spreader grafts and why are these important in hump reduction rhinoplasty?

Spreader grafts in rhinoplasty serve a number of functions. They help to stabilise the middle third after a hump reduction so that over time (years) it does not drop further and look “scoopy”. They also help to slightly widen the internal airway to prevent a blocked nose after the hump is removed. Rhinoplasty complications such as the “inverted V deformity” can be prevented. You should always ask your surgeon if they are going to place spreader grafts if you are having a hump removed. 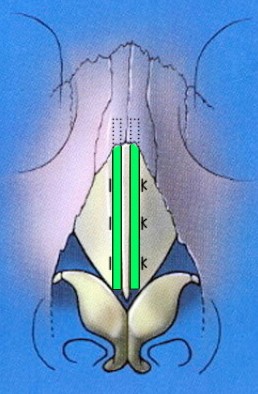