The facelift is an operation that can truly reverse the changes of ageing in a significant and permanent fashion. Unlike injectables, which can make the face appear full, paralysed or just unnatural, a well performed facelift can remove 10-15 years of ageing or more from a face and neck.

The facelift operation has evolved significantly over time. Early facelifts were done by tightening skin alone. This led to a ‘tight’ appearance in the face that often looked unnatural. The results also tended not to last for more than a couple of years. Further research determined that a more permanent and natural result could be obtained by tightening a deeper layer in the musculature of the face, known as the superficial muscular aponeurotic system or SMAS. The SMAS lift is a commonly practiced facelift procedure with good results. The Deep Plane Facelift is the next evolution.

What is a Deep Plane Facelift?

The key distinguishing feature of a deep plane facelift is that it lifts only the muscle layer (the SMAS), leaving the overlying skin attached. This means that the skin never looks tight or unnatural. It also releases important tethering points in the cheek area and along the jawline. This allows the muscle layer to re-drape in a very smooth fashion so that the addition of fat or filler is unnecessary.

The “deep plane” is a term used to define the tissue layer between the SMAS and the muscles of facial expression which lie deep to it. The muscles of facial expression are covered by a thick layer of fascia so in a properly trained surgeon can be identified very easily. The deep plane facelift releases the SMAS muscles with their attached skin and fat and repositions them. This avoids pulling on the skin or removing excessive amounts of skin.

Four ligament groups need to be released in order proper movement of the droopy structures of the face and neck. Traditional facelifts often focused on stretching skin backwards towards the neck and ears. This sometimes gave the face a very stretched appearance. This could flatten the cheeks. Even the corners of the eyes or the mouth would sometimes be pulled sideways giving the mouth a “fish-like” look. A deep plane facelift uses a vertical vector to lift tissues upwards rather than backwards. This creates a much more natural facial contour. The cheeks become volumised, sagging corners of the mouth are altered from downward pointing to slightly upward. The actual best angle that tissues need to be lifted tends to become more vertical as we age more than 60 and needs to be customised to each patient. 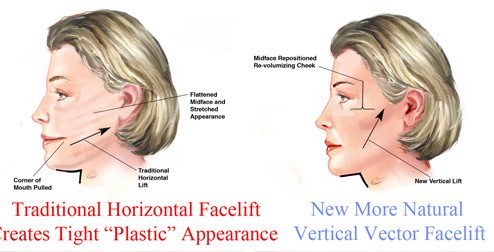 A deep plane facelift may need to be combined with a procedure in the midline of the neck called a platysmaplasty. The free edges of the platysma muscle often sag down into the neck creating two vertical lines an inch or so apart from the midline. A small incision may need to be made just under the chin to identify these muscle bands and suture them together. This creates a type of muscle sling that can be used to lift up any loose fat in the neck. The incision under the chin is very well hidden. In the majority of patients the deep plane facelift creates such a wonderful lift in the neck that the platysmaplasty is not necessary. 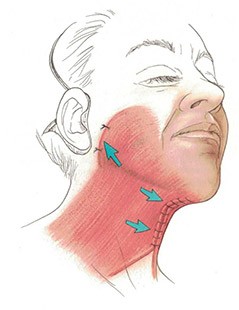 The SMAS facelift remains the most common facelift technique performed around the world, particularly in the United States. Typically a type of SMAS lift called a “SMAS plication lift” is performed. This is not a deep plane facelift. In this surgery, the skin is completely lifted off the SMAS and then sutures are placed within the SMAS to tighten it. This can give a very easily spotted look “like you had a facelift” and is readily seen in celebrities and newsreaders. Pulling on the SMAS gives better results than lifting the skin alone but a SMAS facelift can create a very tight look in the skin.

A SMAS facelift can really only effectively treat the lower face and jaw well. Drooping cheeks are often not well addressed. This means that some surgeons then perform fat grafting at the same time. This can make the cheeks seem overfilled as the underlying problem of descent of tissues has not been corrected. The deep plane technique repositions the saggy muscle and fat of the face back into it’s proper position as a continuous unit.

You can expect some bruising of some areas of the facial and neck skin for the first week after a deep plane facelift. Swelling of the face occurs the morning after surgery. The swelling will be significantly improved by 2 weeks but will continue to decrease in size over around 6 weeks.

The bruising and swelling from a deep plane facelift is much less than with a standard SMAS facelift. This is because the deep plane technique is performed in a natural tissue plane layer that does not usually have many blood vessels within it. In addition the attachments from the skin to the SMAS layer underneath it are left undisturbed for most of the face, again leading to less skin bruising and swelling. SMAS facelifts typically disrupt the attachments between the skin and SMAS.

Typically patients feel little to no pain after surgery. Head elevation and cold compresses can be helpful to assist with reducing swelling.

The deep plane facelift leaves the most hidden scars of any facelift surgery. Due to the fact that tissues are lifted in a deep layer, little to no tension is placed on the skin. This allows the skin edges to close together with almost no visible scarring. Scars will appear as very fine lines which are nearly imperceptible. Another key benefit is that this technique prevents the earlobes from being pulled downwards which can create a “pixie ear” deformity.

Advantages of the Deep Plane Facelift

Am I a Candidate for a Deep Plane Facelift?

A deep plane facelift is helpful in both men and women who display sagging face and neck skin. This includes jowls along the jawline, platysmal vertical bands in the neck and other areas of droopy skin around the midface and mouth. In some patients these changes can being to occur in their 20’s and a deep plane facelift may still be the best solution. Patients should be non-smokers and be in good physical health. During your consultation with Dr Roth he will be able to advise if you are a suitable candidate for a deep plane facelift.

To learn more about this procedure, please contact us to arrange an appointment with Dr Roth

Find out more information about a deep plane facelift here. 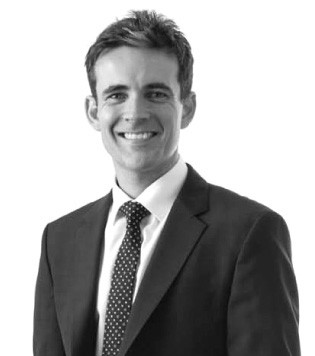 Dr Jason Roth is a Sydney ENT Specialist and Head & Neck Surgeon with Facial Plastic Surgery Fellowship training from Australia, the United States and Europe. He is an expert in Facelift Surgery, Rhinoplasty, Nose and Sinus Surgery.

He consults from his clinic in Dee Why and operates at several private hospitals across Sydney. Importantly, Dr Roth performs more than 50+ facelifts per year, which makes him one of Sydney’s busiest facelift surgeons. Dr Roth has exposure to a high volume of patients with both common and rare clinical problems, allowing him to develop a depth of expertise. View his full profile here.

Face Lift Before and After Patient 1 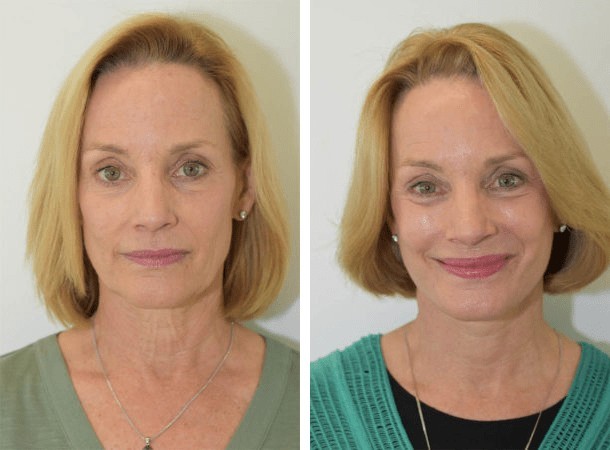 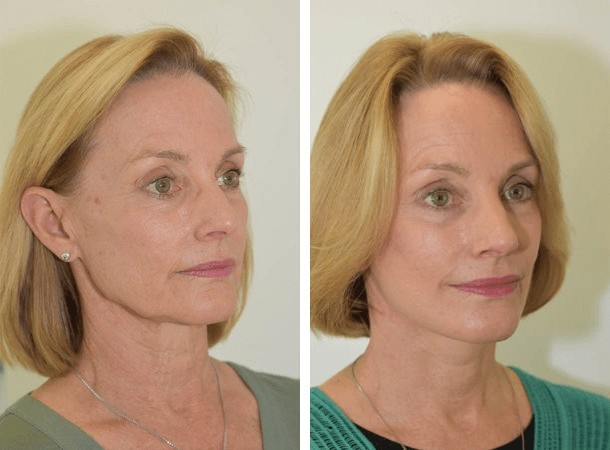 Face Lift Before and After Patient 2 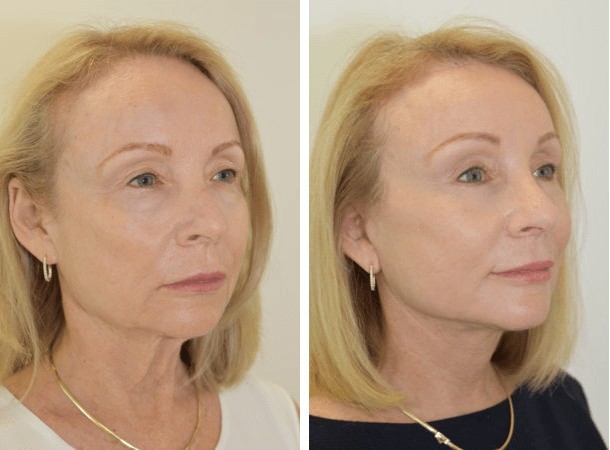 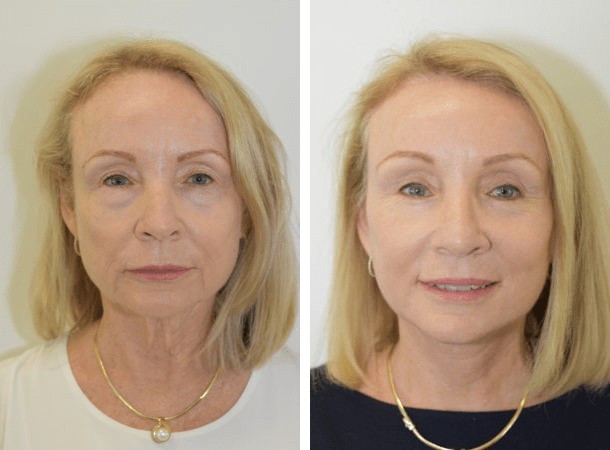 Face Lift Before and After Patient 3 61 year old lady presenting for treatment of her neck, facial wrinkles and heavy brows. She requested a very natural change with no obvious stigma of a facelift.

Face Lift Before and After Patient 4 Neck Lift Before and After Patient 5 70 year old lady who underwent a deep plane facelift and a necklift with a platysmaplasty.