A great deal of people suffer from a condition known as tinnitus. This condition can cause a person to hear a hissing, buzzing, ringing, or any other sound in one or both of their ears, even when there is no sound being produced externally. Tinnitus can be a terrible ailment to suffer from and deal […]

A rhinoplasty, more commonly known as a nose job, is a surgical technique that is used to alter the look and feel of the nose. It is a highly delicate process and may result in a myriad of problems if it is performed by an untrained plastic surgeon. If there are any problems during the […] 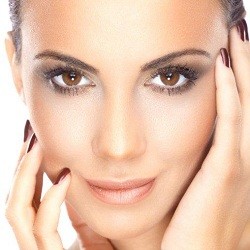 People from the Mediterranean have a different nasal structure when compared to other ethnicities. The Italian nose is unique in its structure as it has a prominent nasal bridge. As one ages, however, the tip of the nose may begin to droop, making it look disproportionately elongated and asymmetrical with other facial features. The rhinoplasty […] 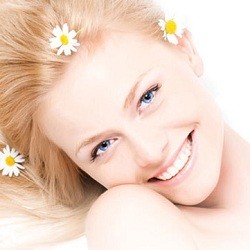 Aging is an inevitable process that we can’t control and must all go through. When it comes to the visible signs of aging, however, we can control it with the help of specific cosmetic treatments. Although there are numerous cosmetic treatments and surgeries available to help people look more youthful, a less-invasive and safer technique […]

Recurring Sinus Problems? We Can Help.

Sinuses are small air-like pockets present inside the cheekbones and the forehead. They secrete mucus into the nose, which traps dust particles and foreign bodies. Sinusitis is the inflammation of sinuses and causes disruption of mucus flow and other nasal problems. Sinusitis can be chronic or acute depending upon the duration of the infection. Sinusitis […]

Key points Chronic sinusitis is defined by (2 or more of) nasal obstruction, mucopuluent discharge, decreased smell or facial pain with CT or endoscopic evidence of sinus disease Consider other differential diagnoses Nasal obstruction, a post-nasal drip, headaches or loss of smell as sole individual symptoms are rarely due to sinusitis. Once the diagnosis is […]

In the last 20 years, modern science has helped medical procedures reach new heights. With the development of exciting techniques, medical procedures can now be conducted without the fear of negative results. Plastic surgery is one of the fields that has gained immensely from such technological advancements. New techniques have completely changed the way plastic […]

Everyone knows what recreational drugs can do to the human body. The consequences are horrible, and after a period of time, the person becomes unrecognizable. For drugs like cocaine, heroin, and tobacco, all of which can be taken nasally, the effects on the nose are terrible. Cocaine use is extremely bad for health, and the […]

The facelift is the operation that can truly reverse the changes of ageing in a significant and permanent fashion. Unlike injectables, which can make the face appear full, paralysed or just unnatural, a well performed facelift can reverse the effects of gravity on the face. This can restore a youthful appearance that resembles the person’s […]

Plastic surgery is more popular than ever thanks to social media pressure, writes Dani Wright. There are almost 300 million photos with the hashtag #selfie on Instagram and it’s this modern obsession with how we look that has put our appearances under the spotlight like never before. According to Dr Jason Roth, an ENT specialist […]