Snoring Treatment – The Value of Seeing an ENT Specialist 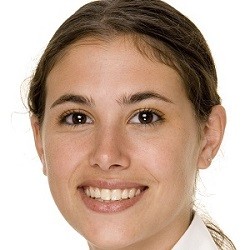 Millions of men and women suffer from mild to severe snoring issues that not only mar their ability to obtain a good night’s sleep but also interfere with their capacity to function normally the following day.

Although the problem of snoring is more prevalent in males, a sizeable number of women also suffer from the disorder. Most overweight individuals complain of habitual snoring that gets more pronounced with age. Studies indicate that snoring is largely caused as a direct repercussion of obstructed breathing, which is an issue of considerable gravity in itself.

To correct your snoring, we may suggest such treatment options as septoplasty, rhinoplasty, turbinoplasty, uvulopalatopharyngoplasty, and coblation tongue channeling.

Septoplasty is a surgical procedure that involves correction of the alignment of a deviated nasal septum that can not only obstruct the airflow through your nostrils but can also cause other ailments such as pain and nosebleeds. It is an outpatient procedure that does not require you to stay the night at the hospital and is performed under general anesthesia.

Rhinoplasty surgery is employed to surgically alter the structure of the nose and enhance its functionality by resolving nasal conditions such as a respiratory blockage or a congenital defect. Any injuries or birth defects in the nasal cavity can be corrected through this procedure.

Turbinoplasty is a surgical procedure that is aimed at treating any enlargement in the nasal turbinates. The procedure involves reducing the size of turbinates that have become swollen due to a nasal allergy.

Nasal turbinate enlargement is a major cause for nasal congestion that hampers sinus drainage and normal breathing, which in turn is the root cause of habitual snoring in individuals of all age groups.

Uvulopalatopharyngoplasty (UPPP), or sleep surgery, is used to reconstruct or complete remove tissues present in the throat. The tissues that can be treated by this method are the tonsils, adenoids, uvula, soft palate, and pharynx. An obstruction in the airway caused by any of these tissues can lead to conditions like sleep apnea and habitual snoring.

Coblation tongue channeling, or coblation tongue surgery, is a surgical procedure that is used for reducing the size of the tongue so as to minimize the chances of it collapsing into the airway while sleeping at night.

The procedure is relatively fast as compared to other ENT surgeries and poses negligible risk of side effects in the patient. It is highly effective in treating the problem of snoring among both men and women and improves their quality of sleep.

If you or someone you know is suffering from the problem of habitual snoring or sleep apnea, you must first consult Dr. Jason Roth, an experienced ENT specialist, to determine the underlying cause of the problem.

Once Dr. Roth has determined the anatomical source of your snoring, he will suggest the most suitable procedure for treating it and resolving your problem permanently. To arrange an appointment and get started, contact our office and set up a consultation with Dr. Roth.