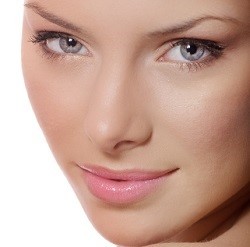 A common physical disorder of the nose, nasal septum deviation involves a displacement of the nasal septum. The septum is the cartilage and bone that divides the nasal cavity. When it becomes crooked or off centre, this is a classified as a deviated septum.

Nearly 80 percent of healthy people have some kind of misalignment of the septum. In some of these cases, the deviation substantially reduces the size of the nasal passage, blocking airflow and making it difficult to breathe normally. Such septal deformities that cause obstructive breathing require adequate treatment for correction.

While mild septal deviations might cause excess congestion in the event of a flu or cold, more serious and debilitating cases involve one or several of the following issues:

• Obstruction of nostrils can make it difficult for you to breathe. It worsens when you catch a cold or have an allergic reaction, as these can cause your nasal passages to swell up and constrict.
• In certain cases, the surface of the nasal septum may become excessively dry, leading to crusting or bleeding.
• A severely deviated septal wall can cause mild to moderate facial pain that typically affects only one side of your face.
• Young children and infants suffering from septal deviation sometimes breathe loudly and noisily while sleeping.
• Repeated or recurrent sinus infections can be indicative of a possible deviation of the nasal septum.
• In extreme cases of nasal septum deviation, the patient suffers from a highly dangerous condition called sleep apnea that causes him or her to involuntarily stop breathing while sleeping.

Treatments for a Deviated Nasal Septum

The symptoms of deviated nasal septum can sometimes be relieved through medications such as decongestants, antihistamines, or nasal steroid sprays. The more severe afflictions may require some kind of surgical intervention for treatment. A surgical procedure known as septoplasty is often employed for correcting the alignment of the dislocated septum and clearing the nasal passage for improved airflow through the nose.

The septoplasty procedure is typically carried out under the effect of general anesthesia, wherein the patient is put to sleep for the entire duration of the operation. However, in some cases, the doctor might simply use a topical anesthetic cream or injection to numb the treatment area and eliminate any discomfort during the surgery.

Depending upon the complexity of your specific case, your septoplasty surgery might take anywhere between half an hour and ninety minutes. You doctor will begin the procedure by making an incision on the affected side of your nose reaching out to the septal wall that lies within.

After lifting the overlying mucous membrane, the dislocated septum is shifted to the correct position. Finally, the mucous membrane is moved back to its original place above the septum. While in some cases the realigned septum might be supported in place with the help of stitches, usually a thick packing of cotton in the nose is enough for adequate healing of the operated area.

Find Out More During a Consultation

Dr. Jason Roth will be happy to explain more about septoplasty surgery during a consultation at our office. Contact us for a consultation to learn more.