Learn about pollens before the hay fever season Exposure to pollen can cause hay fever and asthma almost year round in parts of Australia. It is extremely difficult to avoid outside the house throughout a lot of the warmer parts of the year.

Grasses (particularly improved pasture grasses) that were introduced for livestock disperse vast amounts of airborne pollen, as do weeds. Not a lot of people know that troublesome non-native plants are usually more of a problem than the natives. Their pollen is more “allergenic”. That means that more people will react to it and it causes a stronger response.

Grasses start pollinating in spring into summer. Trees pollinate in the last part of winter through to early spring. Some weeds pollinate from August through to May. Atmospheric pollen loads are worse inland, because there are few barriers to wind borne dispersal. Generally rates of allergy are lower along coastal settlements. 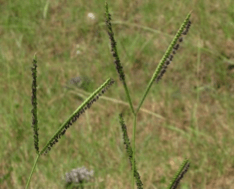 This grass measures between 40 cm and 1 metre high with flat leaves. The spikelets/flowers are attached to the main axis of the inflorescence by small pedicles and produce purple anthlers. Bahia grass is native to Mexico and South America. There are 15 species of Paspalum here in Australia, 10 of which have been introduced from the United States. 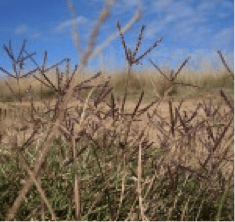 Bermuda grass is found in here in Australia (particularly coastal & sub-coastal regions), in India, Japan and the USA. It is one of about 9 species of the genus Cynodon. Couch Grass is considered to be the most allergenic of grasses and is the most common tropical lawn grass. Bermuda grass is low growing and usually reaches to 0.3 m by 0.5m at a medium rate. The flowers are pollinated by wind and are hermaphrodite (have both male and female organs). 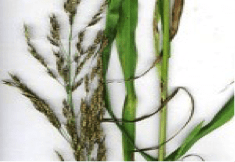 Johnson grass or Johnsongrass, Sorghum Halepense, is a plant from the grass family. This grass is native to the Mediterranean region, but grows throughout Europe and the Middle East. The plant has been introduced to all continents except Antarctica. It reproduces by rhizomes and seeds. Johnson Grass is in the “Top Ten World’s Worst Weeds.” 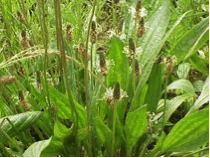 Plants in the genus Plantago commonly known as Plantains, generally have a rosette of basal leaves and flowers on a dense, terminal spike. These green weedy plants are native to Europe and Asia, but now grow practically anywhere in the world.

Plantain is found on grasslands, roadsides, and cultivated ground. The English Plantain is a troublesome weed; it often invades lawns and gardens. 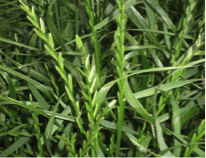 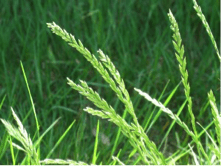 Erect appearance 1.2m. The stem has alternating spikelets attached around and directly to the stem. Each spikelet is closely applied to the stem but as it matures it becomes right angled to the stem. The leaves are shiny and hairless and the stems are smooth. Rye grass is sown as a pasture grass but it is also a volunteer on roadsides and nature strips. It may be in lawn seed mixtures. 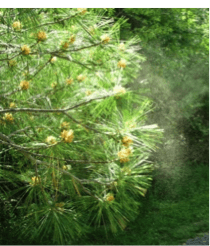 This western pine bears bundles of two to three persistent needles from 5 to 11 inches long. They are an attractive yellow-green. The ponderosa pine grows as a narrow pyramid when young, then develops a bare trunk with a cluster of branches at the tip forming a cone or flat-topped crown. 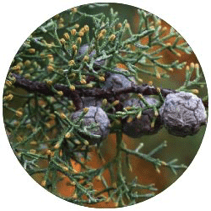 Arizona cypress is a tall, dense conifer, native to Mexico and southwestern United States. About 30 Arizona cypress tree varieties exist, recognized on the basis of distribution and of foliage, cone and bark characteristics. It is a steeple-shaped, coniferous evergreen that can grow over 25 m tall. The leaves are pale green to grey-blue have small, inconspicuous yellow flowers that are pollinated by wind. 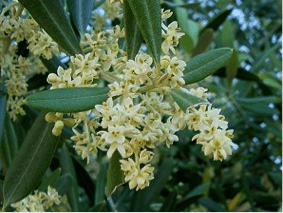 The olive tree, is an evergreen tree or shrub native to the Mediterranean, Asia and Africa. The leaves are often dark green, lanceolate shape with silvery under surface. These evergreens have white fragrant flowers and fruit grey drupes turning purple on ripening.

At the Northern Beaches Allergy Clinic in Sydney we provide allergy testing to inhaled allergies and can recommend appropriate treatment including immunotherapy. Immunotherapy is the only way to cure allergies. Call for an appointment 02 9982 3439.